Many so-called “rugged” phone case companies claim their case meets MIL-STD 801G standards for protection. But protection against what isn’t clear in many cases (pun intended). The MIL-STD-810, Environmental Engineering Considerations and Laboratory Tests, is a US Military Standard that focuses on designing equipment for the environments they’ll likely experience in their life. It establishes standardized test methods to replicate the conditions the equipment will experience throughout its service life, rather than testing in the environments themselves. Although created specifically for military use, the standard is often used in commercial products like phone cases.

To be clear, MIL-STD-801G is the overarching standard, but it has many different parts to it – many of which don’t even pertain to phones or phone cases, like Test Method 511.6: Explosive Atmosphere (at least we hope you aren’t sticking your new iPhone 12 Pro Max in these sorts of places!) But if there are many tests that have nothing to do with phones, what test are most phone case companies referring to on their packaging and in their ads?

In general, phone case companies that claim MIL-STD protection in their marketing are referring to the test for shocks and drops – Test Method 516.6, Part IV, Transit Drop. This is because it’s the test that most accurately replicates the most common accidental damage phone users encounter, a drop onto a hard surface. After all, there are few worse feelings than fumbling a thousand bucks in tech to its cold, tile-floor death. Of course, our most protective case exceeds military drop-test standard MIL-STD 801G-516.6, so you never need to worry about those butter-finger fails.

So – what exactly IS the 516.6 transit drop test method? What does it measure, what doesn’t it measure, and who does the measuring?

So what exactly is the 516.6 transit drop test method? Essentially, the test’s purpose is to determine a device’s ability to withstand shocks and drops, which is measured by dropping the test device from a height of 4 feet a total of 26 times. Here’s the exact verbiage:

“Any equipment weighing less than 100 pounds should be test-dropped from a height of 48 inches (“carrying height”) 26 times, and still be functional afterward. Those 26 drops are to be performed on each edge, corner, and face at least once. Post-test inspections ensure that the item is ready for “field use,” though that term can be applied differently for different equipment.”

It’s important to note that the 26 drops are allowed to be divided over five different devices because specific areas are being tested with each drop. Also, the equipment is tested after each individual drop. The test surface the device is dropped on is 2-inches of plywood placed over concrete. This surface was designed to mimic the most likely fall surface in a military transport context, which doesn’t run the gamut of surfaces normal users might accidentally drop their phones on, like marble tile or asphalt or a concrete sidewalk. Finally, we should note the MIL-STD certification doesn’t mean the device is capable of withstanding actual battlefield conditions on the frontlines. Actual battlefield-grade equipment is radically more bulky than consumer-grade equipment.

To add a little more confusion to the MIL-STD 801G certification is the fact that consumer products aren’t tested by the military or any other government entity. Nor are the tests required to be performed by any special third-party labs with government oversight. Who actually performs the tests? The manufacturers of consumer goods, including phone cases, are who perform the tests most often. Of course, there are some independent testing facilities that provide MIL-STD 801G certification, but these tests are expensive, and brands aren’t actually required by any governing body to use these independent facilities.

The reality is, manufacturers of consumer goods could perform the test onto tile floor or carpet and technically claim MIL-STD 801G certification in their marketing, as there are no actual laws or regulations that govern the use of the claim. Companies could simply “design” their phone cases to withstand the test.

With all this said, it doesn’t mean all uses of the certification are bogus or unfounded. Many reputable phone case companies take their testing seriously because they do have that reputation to uphold. If customers started posting on social media about their phone cases not being up to par with the marketing claims of toughness, that’s very bad for business. On the other hand, when customers get the true protection companies claim, they feel compelled to make posts like this one about their phone surviving a 16-story fall.

If you’re someone who’s working in more demanding environments over hard surfaces often such as construction or heavy industry, it’s a good idea to invest in a case that comes with the MIL-STD claim. In general, phone cases that bear this claim want to make customers happy, and Rokform is certainly no exception. We take our MIL-STD 801G 516.6 test ratings seriously, backing up our cases with a 60-day money-back guarantee and 2-year limited warranty. We are confident our rugged cases don’t just meet this standard – they exceed it. You can check out our Rugged cases for your new iPhone 12 Pro HERE. 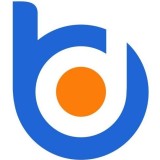 Whether you are a casual rider or a daily cyclist, having your phone safely and securely accessible is important for a comfortable ride. Find out which bike mount is best for your smartphone in 2021. Today, we’re sharing a survival story that was sent to us by one Rokform customer and Texas-local who found himself in the thick of the storm action.